Do I Really Need a Will and EPOA?

How often have you said that to yourself?

I have often heard friends, family and clients say this to me – I have been discussing a Will and EPOA for a while now.

So why is it so important?

A couple of years ago I was working in a law office, seeing clients about their Wills. One Monday morning a woman came into the office early. She didn’t have an appointment and was clearly distressed. Her ex-husband had been rushed to hospital on the weekend after he had collapsed. Even though she had been separated from him for many years, friends contacted her. They had two children together and while the divorce had been unsavoury the friendship after divorce had remained.

Even though she lived in her own home, she still visited the substantial family home often. Her ex had been very successful in his career and had never spared the best in the home, the cars and boats and other toys. He had a substantial amount of superannuation and had been preparing himself for many years of international travel.

But here we were….a very well dressed woman, in tears, frenetically distressed and constantly on the phone talking to her sons and other relatives. They did not know what to do to fix the situation. No one had expected this. And like so many times…. that nearly everyone can relate to – there is a void, an unknown as to what the future holds……and it is very unsettling.

Her ex-husband had been diagnosed with a tumour in the brain. The doctors had already operated to stop the bleeding which had caused the collapse, but he needed another surgery to remove the mass in his brain. Regardless as to how the surgery progressed he would need to be placed into a facility for extensive rehabilitation or at worst a hospice to die. The doctors had asked the family if they had an enduring power of attorney, a requirement of both the hospital and the rehabilitation facility. No he did not have an EPOA. And of course the subsequent question came; does your ex-husband have a Will? No. Heart sinks, panic sets in.

Our office was able to help this client by travelling to the hospital and taking instructions for both a Will and an Enduring Power of Attorney….but it was highly stressful for the family. There was uncertainty as to how to care for him if they (his family) were not allowed to be involved in either his financial and health decisions. The doctor had mentioned he could lose his capacity within days if the surgery went badly meaning he would have to rely on others, not family to make decisions for him using assets which he would have wanted to pass to his sons.

Why make a Will and EPOA?

When to make a Will and EPOA?

and remember, young people die too, sometimes with superannuation and death benefits!

Check both annually and if necessary replace your Will every two years.

To organise your Will and EPOA or to make changes to your current Will and EPOA, contact our office and make an appointment with Gerard or one of our other experienced Solicitors. 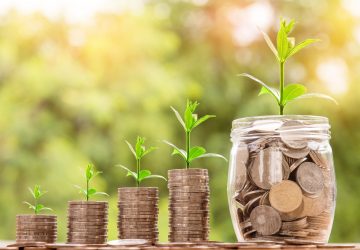 With an ageing population comes a variety of legal considerations…

What is a Statutory Will and what has led to this development in the law?